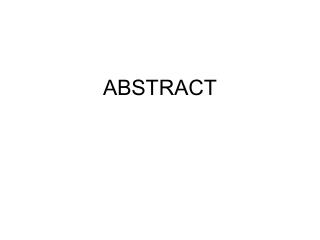 Abstract - For emily smith, a junior in high school, the day starts early as she prepares for school. she takes a quick

Abstract - . results. pm2.5 estimations. by using a linear approach, we produce pm2.5 maps based on the aod data

Abstract - Impacts of climate change on the hydrology of the colorado river system niklas s. christensen and dennis p.