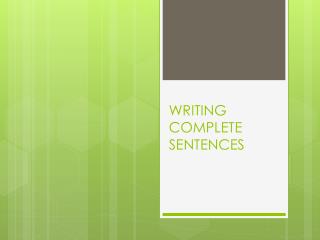 Warm Up - . what is the medical term for skin?. to botox or not to botox? that is the question. work in your group to

Participants as Writers - . think about the first time you felt like a writer and describe your experience in a few

Revising Sentences for Connection - . steve whitmore february 2006. revising sentences for connection. at the end of this