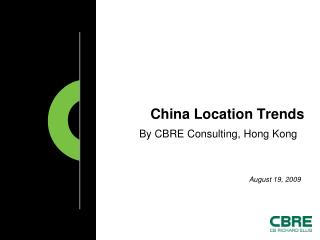 Can china compete with global giants in the SEMICONDUCTOR INDUSTRY? - By; kigozi jimmy andrew graduate school of

Send Me To China….. - Send me to china…. learning intention:. students will be able to describe how china’s growing