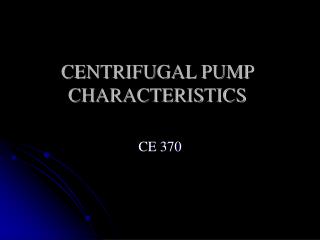 Characteristics Of The Ideal Blood Pump - . low priming volume durable/ no mechanical failures easy to set up and operate

When to Use a PC Pump - Progressing cavity pumps (pcp) are often the choice when there is low suction pressure. it is