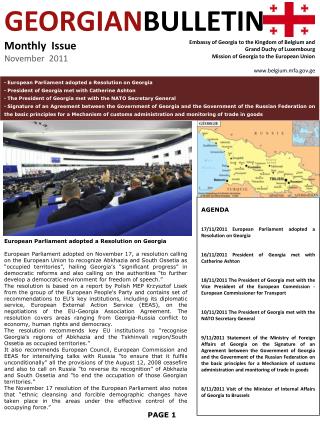 GEORGIAN BULLETIN. Monthly Issue November 2011. Embassy of Georgia to the Kingdom of Belgium and Grand Duchy of Luxembourg Mission of Georgia to the European Union www.belgium.mfa.gov.ge. European Parliament adopted a Resolution on Georgia President of Georgia met with Catherine Ashton

One day, Willy Wonka… put an ad in the Evening Bulletin : - “i, willy wonka, have decided to allow five children …