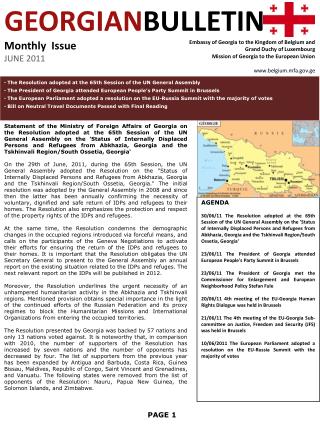 GEORGIAN BULLETIN. Monthly Issue JUNE 2011. Embassy of Georgia to the Kingdom of Belgium and Grand Duchy of Luxembourg Mission of Georgia to the European Union www.belgium.mfa.gov.ge. The Resolution adopted at the 65th Session of the UN General Assembly

Safe Sex Bulletin Board - . for this board we used around 200 condoms that were taped to the board, so residents could

Epidemiologic Transition: Changes of fertility and mortality with modernization - . abdel omran. the epidemiologic

Background on this Bulletin Board

EC and the Virtual Corporation Session 2 - So what is electronic commerce? technologies (tools) methodologies