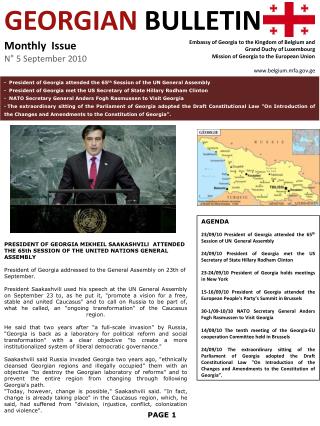 GEORGIAN BULLETIN. Monthly Issue N° 5 September 2010. Embassy of Georgia to the Kingdom of Belgium and Grand Duchy of Luxembourg Mission of Georgia to the European Union www.belgium.mfa.gov.ge. President of Georgia attended the 65 th Session of the UN General Assembly

GEORGIAN BULLETIN - . monthly issue april- may 2012. embassy of georgia to the kingdom of belgium and grand duchy of