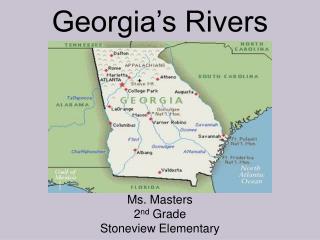 GOVERNMENT - . chapter 12 and 13. question. which of the following is true regarding the georgia constitution ? georgia

Think, Pair, Share - How did the establishment of the university of georgia, louisville, and the spread of baptist and

What Research Tells Us about Reading Instruction Georgia’s Reading First February 2005 - . what is sbrr (and how can i

Georgia’s 7 Wonders - . a webquest: by: sarah cleesattel and beth anne kosiak. introduction. most students have heard