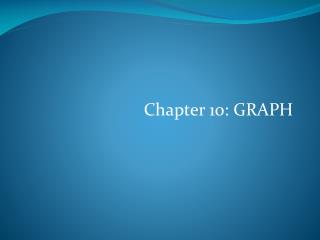 Chapter 10 Motion - . measuring motion. motion —when an object changes its position relative to a reference point

Chapter 10 - . quadratic relations. in this chapter you should …. learn to write and graph the equation of a circle.

01/10/11 Bar Graphs, Histograms, and Misleading Graphs - . warm up 1. how many students say oranges are their favorite?

5.1: Graphing Quadratic Functions - . objectives: students will be able to: graph a quadratic function in standard,

Chapter 10: Graphic Illustrations - . bridging the gap , 9/e brenda smith. in this chapter you will answer the