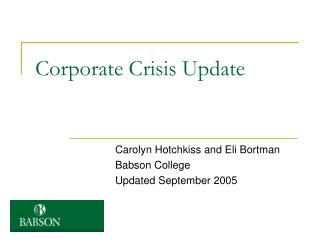 Corporate Mind in a Crisis - . our stock is tanking! the board of directors is angry! i’m going to be late getting home