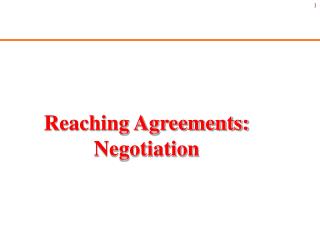 negotiation (modern) powerpoint presentation content: 121 sl - Negotiation is the process of searching for an agreement