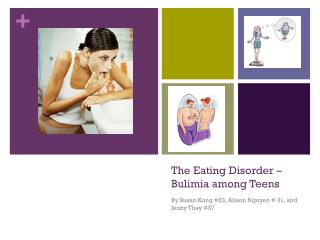 The Eating Disorder – Bulimia among Teens The Eating Disorder – Bulimia among Teens

Nausea After Eating - Causes & Natural Remedies To Tackle It !! - Nausea can be managed through various natural

The 7 Habits of Highly Effective Teens - . habits. what are habits? things we do repeatedly. but most of the time we are