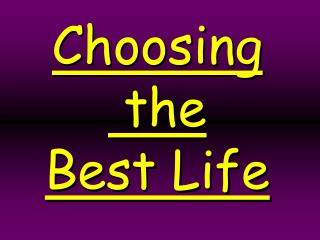 5 things on fingertips while choosing a crowdfunding platform - When you’re pitching for funding for your start-up,

Communicating with the Elderly: Choosing Respect in Caregiving Exercises for Beginners - . choosing respect in

FAMILY LIFE - . abstinence. choosing not to have sexual intercourse. the only 100% full proof way of not becoming

How big should my study be? The science and art of choosing your sample size - . mark pletcher designing clinical