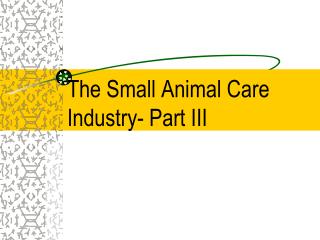 Animal - Picture of animal. animal. name:. picture of bird. picture of flower. where does your animal live?. what part of

Why Care About Animal Use and Care? - . it’s what we do. it has legal ramifications; the use of vertebrate animals in

How does the animal industry affect you? - More than “meats” the eye! objective: discuss the animal products