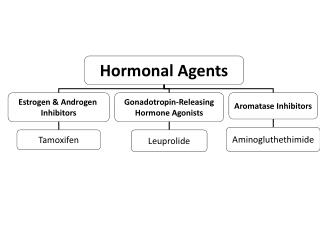 hormonal imbalance - Decide how to best move by talking with your health care provider. first, consider how the signs are

Non-hormonal therapy - . marco gambacciani and paula albertazzi. is there a proven place for phytoestrogens in the

Alkylating Agents - . largest class of antineoplastics general properties/mechanism: all are electrophilic molecules that

ANTICANCER THERAPY - . part iii. ilos. encompass how some hormones and antihormones are utilized as anticancer therapy