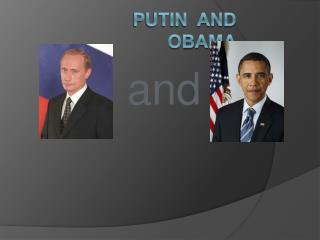 and. Putin and Obama. V.V.Putin. Obama! - . and other presidents. the presidency. president: one who is elected to lead a group. . 2012 election. this

Obama - Mission: to formulate and promote public policies that support the growth and well-being of international