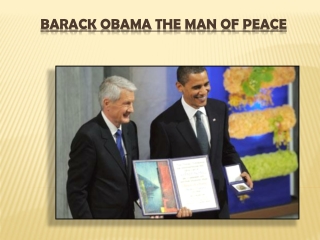 Obama! - . and other presidents. the presidency. president: one who is elected to lead a group. . 2012 election. this

Obama - Mission: to formulate and promote public policies that support the growth and well-being of international

Starter Question 12: Obama vs. Obama - . read &quot;obama vs. obama...&quot; what are two behaviors that could

Michelle Obama - . date of birth jan.17,1964 she’s from chicago. why she famous. she is the first african american

President Obama - The american recovery and reinvestment act (hr 1): what’s in it? what’s next? prepared by: