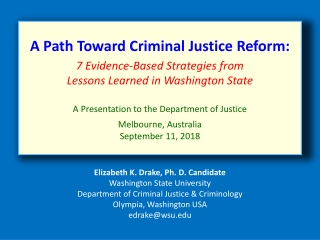 Effective Use of a Health Risk Assessment (HRA) - . addressing risk with clients. learning objectives. following the

Human &amp; Environmental Risk Assessment An A.I.S.E and CEFIC initiative on targeted risk assessment for - Of

Specialized Assessment of Juvenile Sex Offenders - . assessment. to estimate or determine the significance or importance