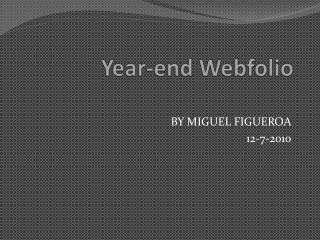 Year End - Who are we?. based in scenic fitzwilliam, new hampshire. (a local new england company)a jd edwards/peoplesoft

Month End/Year End Procedures - . ventus presenter: linda kennedy. how to close the end of the month. closing the end of

Year-End Adjustment - . purpose: tax due = tax withheld when: on or before the end of the calendar year, prior to the

Year-End Milestones - . why, what, when and resources for year-end. why and what. one of the most frequently asked