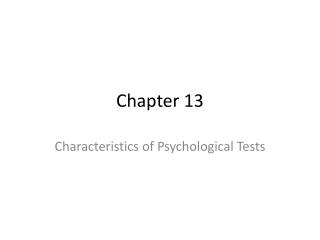 Chapter 13. Characteristics of Psychological Tests. Ability of a test to given the same results under similar conditions. reliability. Standard of comparison for test results developed by giving the test to large, well-defined groups of people. norms.