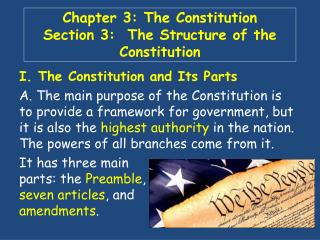 The Constitution at Work - . the

What 3 qualifications for the U.S. Presidency are listed in the Constitution? - Bell ringer 10-31. please write down

Unit 3 Constitutional Change - . essential question. how has the constitution been changed to further the ideals