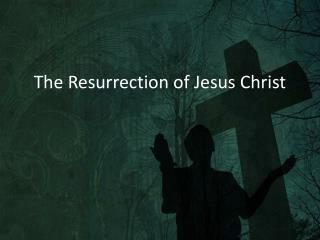 Prophecies of the OT Fulfilled in Jesus Christ: - 1 &gt; difference between the kingdom of god and kingdom of heaven.

Worship Christ the Risen King - . rise o church and lift your voices christ has conquered death and hell. sing as all the

Christ is Enough - . 1. christ is my reward and all of my devotion now there's nothing in this world that could ever

Christ in the Center - . “i have been crucified with christ and i no longer live, but christ lives in me. the life i

Did Jesus Rise from the dead? - . the case for the resurrection. the issue. christianity stands or falls on the actual

THE JUDGMENT THRONE (BÉMA) OF LORD JESUS CHRIST FOR HIS CHURCH, THE BELIEVERS - . much of this study is derived from the

Reasoning From the Resurrection - . the key to understanding god’s will is the cross of christ. god expects men to

Did Jesus Rise from the dead? - . the case for the resurrection. summary. what is the evidence? what is the best

Proclaim it to the world, Jesus Christ is Born - . purpose. to teach about the birth of the savior and how both the bible