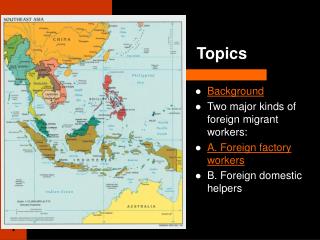 Topics - . covers everything 1) in slides 2) from the very beginning. language classification, history, and comparison