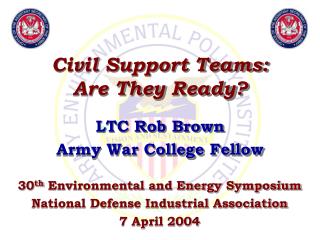 Civil Support Teams: Are They Ready? Civil Support Teams: Are They Ready?

OUR MISSION - . vision. our mission. the missouri national guard is a recognized community and national leader in

The Politics of “Weapons of Mass Destruction” - . the creation of a threat. i. defining the phrase. what is the best

A Total Force Policy for the Operational Reserve - . office of the assistant secretary of defense for reserve affairs.