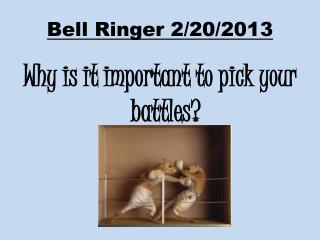 Bell Ringer 2/20/2013. Why is it important to pick your battles?. The French Revolution!. http://www.history.com/topics/french-revolution/videos#the-french-revolution. Louis’ Caution Creates Panic!. Law of Conservation of Mass - . which of the following is an example of a physical change?   a. a solid and liquid