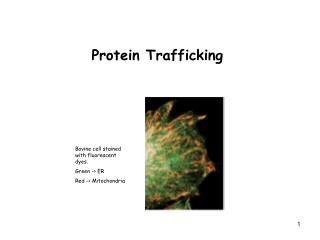 Lysosome/Peroxisome - . by anthony jones. lysosomes and peroxisome. lysosomes are roughly spherical bodies enclosed by a

Trafficking and processing of APP b -secretase - . intracellular trafficking of app: relation to its physiological

Vesicular Trafficking - . movement from the er through the golgi. getting to the golgi. anterograde and retrograde

Sex Trafficking in the U.S.