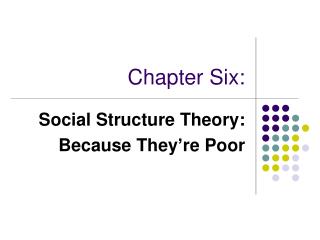 Chapter Six - . anthem by ayn rand slides by ms. hughes. bell work. use a cause and effect map to show the reasoning

Chapter Six - . new models for leadership: neo-charisma, inspiration, and the relationship with followers.

Chapter Six - . summarizing and comparing data: measures of variation, distribution of means and the standard error of

Chapter Six - . sexuality in childhood and adolescence. sexuality throughout the life cycle. from birth, we are rich in