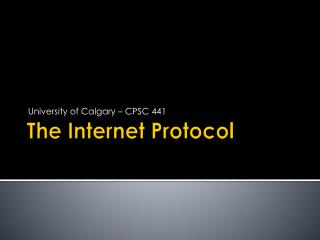 Internet Protocol - . how does information get sent from one device to another across a wan?. the network layer. the