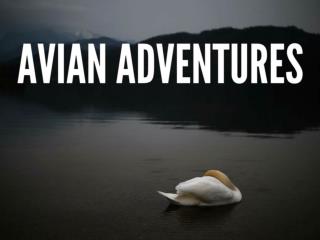 Photographers around the world have been documenting birds during this busy time of year migrating, building, defending and hatching. Our feathered friends are also in the news this month, with International Migratory Bird Day on May 14, and a movie based on a popular bird game, Angry Birds, opening next week.--By Leanne Burden Seidel The Adventures of Huckleberry Finn - . a study guide chapters 11 - 20. chapter 11. explain the significance of the title,

Expository Text Structures - . narrative vs. expository. “begin at the beginning,’ the king said gravely,’ and go

Avian Influenza: Bird of a Different Feather A Primer to Pandemic Influenza Preparedness - . office of surveillance and