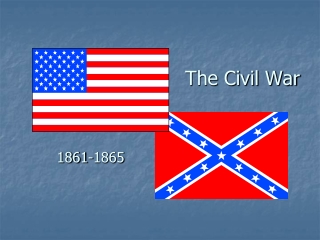 The Civil War. 1861-1865. Standard(s)/Element(s) Addressed:. SSUSH9: The student will identify key events, issues, and individuals relating to the causes, course, and consequences of the Civil War. Essential Questions :.