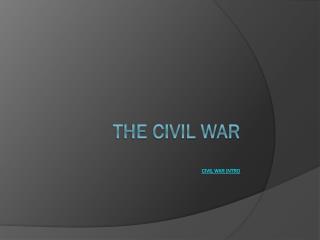 Civil War Intro - . goal: 1. to be able to tell the differences between the north and south. billy yank. johnny reb.