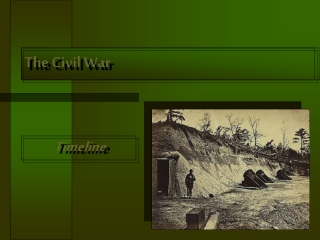 The Civil War. Timeline. A United States Civil War Assignment. By Angela Chung. The Situation in California. Since the gold rush, there came an enormous growth in population to 95 000 people Out of urgent need for order, a government and a constitution is created, forbidding slavery.