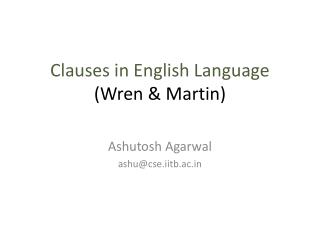 English Language Learners and Special Education: Who? What? When?Where? Why? How? - Barbara tedesco &amp;

Clause Types - . independent &amp; dependent … and …. let’s start with a simple sentence…. i bought a book.