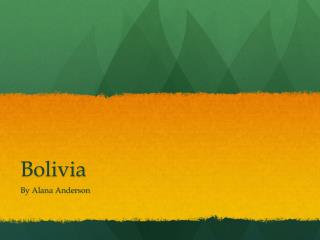 Bolivia Salt Lake Uyuni - Want to play in the salt of the bolivian salt flat? with the awesome reflections that play

Child Labour In Bolivia - . 72% of children. many work in mines bolivia has rich mines carving holes for explosives

Bolivia - . super highway. would you like to see this fabulous road?. join me ….. in bolivia , south america ….

Bolivia, a mega diverse country - Seminar scrutinising success and failure in development a short story about how to