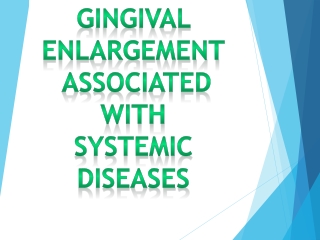 Systemic Diseases - . prof. faiz shakarchi. diabetic retinopathy. one of the most important causes of blindness. risk

Gingival Enlargement - . a common characteristic of this group of lesions is that they are located on the gingiva and