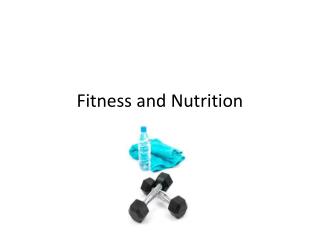 Fitness and Nutrition. American eat out an average of 4 to 5 times a week. No mess Quick Many times it’s cheaper. 60 % of American families have both parents that work. Americans prefer burger restaurants. Calories. We use 1500-2500 routinely Driving for 30 minutes burns 70 calories

Fitness is a Lifestyle - . bell ringer #1. describe your body type and what you think you can do to make improvements to

Bodybuilding Fitness Diet - Look what we have brought for you all bodybuilding fitness diet. if you are thinking about