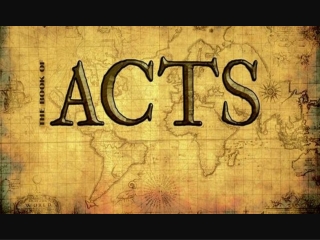 Acts. “The importance of this book cannot be exaggerated” ~Donald Guthrie Acts - . the new testament book that tells the result of the incarnation of jesus. the acts of the apostles. some of the

Acts - . the orchestrated power of the progressive witness of the church. rembrandt’s “ascension”. acts. this jesus

Acts - . contents. outline of the book of acts prologue: foundations for the church and its mission (1:1–2:41) the

Acts - Then philip ran up to the chariot and heard the man reading isaiah the prophet. &quot;do you understand what

Acts 6 - 1 now in those days, when the number of the disciples was multiplying, there arose a murmuring against the

Acts Series - Power 120. acts series. the kingdom strikes back! it almost sounds like a title for a star wars movie. but,

Navigation Acts - . no country could trade with the colonies unless the goods were shipped in either colonial or english

Acts Series - Power 120. acts series. this evening, we are going to discuss the split which took place between paul and