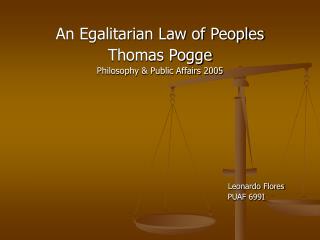 Egalitarianism - . meaning. egalitarianism is an ideology, principle or doctrine referring to equal rights, benefits and

Egalitarianism - . complimentarianism. sexism. why do you think god created two genders? to reflect god’s image. which

NAMIBIA 29 August 2005 Public Lecture - Odl in an international context: trends, prospects and challenges. what does

Presentation to the Portfolio Committee on Cooperative Governance and Traditional Affairs - . 5-6 september 2012.

The Philosophy of Relativism - Is a belief based on the presumption that there are no moral absolutes. the philosophy of