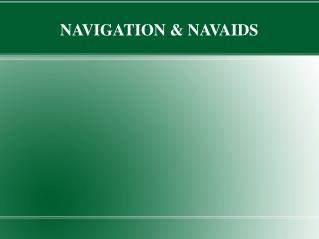 AIR NAVIGATION - . key revision press f5 to start. this presentation may be used either as a revision aid or as a

VFR Navigation Diverting - . richard champion. diverting. aim to learn how to to divert to an alternate destination.