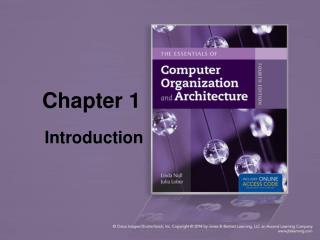 Chapter 1. Introduction. Chapter 1 Objectives. Know the difference between computer organization and computer architecture. Understand units of measure common to computer systems. Appreciate the evolution of computers. Understand the computer as a layered system.