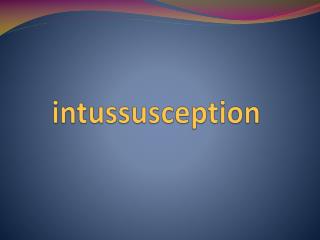 intussusception. Introduction. the telescoping or invagination of a proximal portion of intestine ( intussusceptum ) into a more distal portion ( intussuscipiens ). is one of the most common causes of bowel obstruction in infants and toddlers. How Teens Reach Out to Adults - . sometimes teens are very direct when they want your attention. “i need to talk with