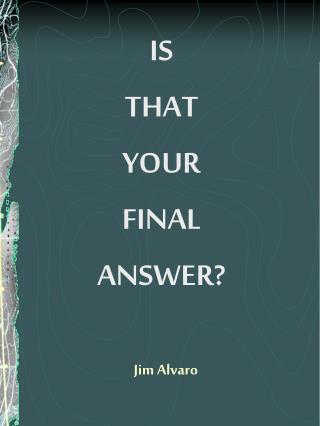 Jim Alvaro. IS THAT YOUR FINAL ANSWER?. Patriotism Nathan Hale 1776. “ I only regret that I have only one life to lose for my country. ”. Equality George Orwell 1945. “ All animals are equal but some animals are more equal than others. ”. The Drug Wars in Colombia - . regional governments of colombia. the official currency of colombia is the peso (cop) $1us