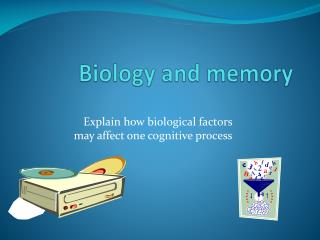 Biology and memory. Explain how biological factors may affect one cognitive process. What biological factors affect memory?. Brainstorm Adrenaline and memory http://www.youtube.com/watch?v=JuCMRhT15uQ. Some basics first. Read Crane 76 to 79. Discuss how neural connections are made.

Secure Coding in C and C++ Dynamic Memory Management - . lecture 5 acknowledgement: these slides are based on author

Memory interface - Memory is a device to store data to interfacing with memories, there must be: address bus, data bus

The Brain, Learning, and Memory - . key: awl to study , low-frequency vocabulary. what is the connection between the