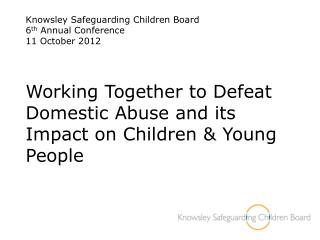 Safeguarding Adults Board 6 th Annual Conference - . wdsab achievements during 2013/14. these are the main highlights

NORFOLK SAFEGUARDING CHILDREN BOARD - . information sharing: the moral imperative – why its your duty to share

Worcestershire Safeguarding Children Board - . the future of………………. proposal for consideration 20 th january

Coventry Safeguarding Children Board - . workshop keeping the child at the centre managing resistant and uncooperative