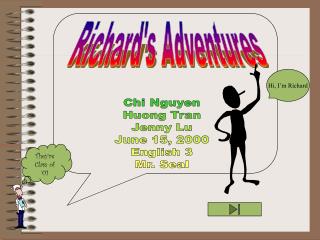 Homer’s Odyssey - . homer. lived around 1200 b.c.e. was a poet is traditionally thought to be blind, but describes

What is literature??? - . literature is any piece of writing that is valued as work of art. for example novels, poems,

The Odyssey - . homer. the odyssey by homer. part one supplemental vocabulary. epithet. a word or phrase used to describe

The Victorian Age - . 1837-1901. the victorian age questions to keep in mind. how were britain and the british empire

Matthew Bourne - . born 13 january 1960. youth. matthew bourne was born in hackney, london in 1960. despite having never

Catalyst # 11 2.11 - . in the alchemist , santiago reflects on how his sheep react to their travels: “the problem is

THE ODYSSEY - . an epic poem written by homer. origins . one of the most famous epic poems ever written written between

JACOBEAN AND CAROLINE POETRY - . the poetry of the commonwealth period. dates. jacobean period: reign of king james i

Advice to Entrepreneurs from Elon Musk & Richard Branson - Every entrepreneur needs a little inspiration. here are