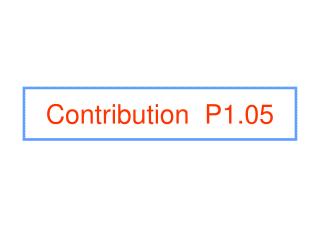 Estimation of one s contribution - 2. this is a common result in groups: people often overestimate their own contribution

The Cochrane Library contribution to what we know: now and in the future - . david tovey editor in chief. the cochrane

Analysis and Contribution - . geoff walsham lecture 4 of course on interpretive research in is - oslo university.