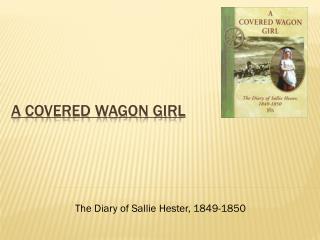 Think about it… - . read the poem about a traveler on the oregon trail. after you finish reading and reflecting on the

Pioneer Wagons - . built to travel the plains. covered wagon - a wagon that is pulled by oxen or horse that has a canvas

Journal of My Trip On the Oregon Trail - . by sarah robbins. may 4,

The Transformation of American Society 1815-1840 - . essential question: how did american society change socially,