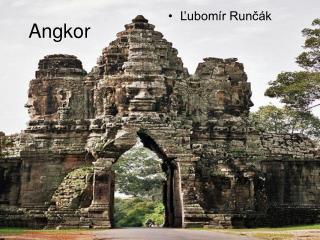 Angkor Wat - . angkor is located in cambodia. where. angkor was built in the 12 th century. when. angkor was created by

ANGKOR WAT BIKE 4 KIDS ! - . think this looks fun ?. you can do this too!. the angkor wat bike4kids! brings kids and

The Temples of ANGKOR WAT - . siem reap - cambodia . the flag. in varying forms , the kingdom of cambodia has had as its

The Temples of ANGKOR WAT