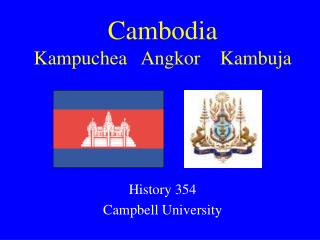 Angkor - . Ľubomír runčák. where is it lie?. history of city. angkor-meaning city stone city-capital served as the

Angkor Wat - . angkor is located in cambodia. where. angkor was built in the 12 th century. when. angkor was created by