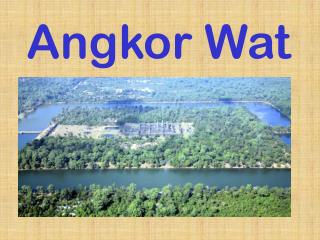 Luna de miel Asia - Undiscovered wonder and beauty epitomise cambodia, setting it certainly on the map for its very best

Chapter 5-4 Hinduism- the oldest religion - . no prophet, books or bureaucratic structure, is an intricate web of

Cambodia Tour Package - Cambodia had long been one of the least explored regions in southeast asia, but thanks mainly to

The Khmer - . by: dillon glagola. what is khmer?. khmer is the name of a kingdom on the indochina peninsula, and it’s

MAHABHARATA IN ART WITH SPECIAL REFERENCE TO THE RELIEFS OF ANGKOR VAT - . dr. nanditha krishna director the c. p.

Angkor - . Ľubomír runčák. where is it lie?. history of city. angkor-meaning city stone city-capital served as the